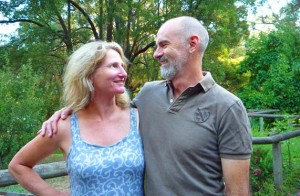 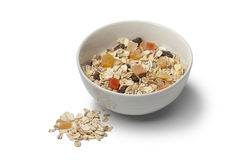 Back then, Peter was working as a local secondary school teacher and Jodie was juggling her writing career and being a mother to two small children. They were living (and are still living) on a picturesque 1 hectare property in Red Hill South with chooks, geese and a vegetable garden.

They’d never been able to find a really good muesli in shops or markets, and they craved a healthy breakfast.  A good friend (one of the founding members of the Red Hill Community Market) suggested they make their own muesli … and sell it at the market!

They knew what they wanted in their muesli – raw rolled oats with loads of fruits, nuts and seeds, and what they didn’t want – sugar, oils or honey. And the muesli had to be roasted, not toasted!

They began making trial batches, experimenting with different ingredients, until they came up with the right mix they had been searching for.

Initially, all the food wholesalers they needed were located on the other side of the city, and most weren’t interested in supplying the newly-named ‘Red Hill Muesli Company’ with the small amounts they required. Finally they found of couple of suppliers who would deliver, but even then, in the early days, there was no guarantee that what had been ordered would be delivered … they once had 30 kilos of maize arrive instead of sunflower seeds. They received whole dried apricots instead of dried diced apricots, and manufacturing-grade sultanas instead of five crown sultanas. Not to mention the occasions when certain ingredients weren’t delivered at all! 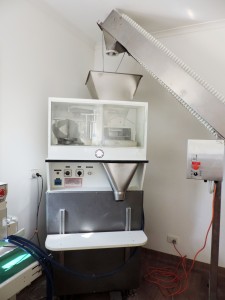 Their biggest initial hurdle was fin

ding a council-approved registered kitchen. They began by using a large stainless steel kitchen at a local camp, before moving their small operation to the back of a disused milk bar – next door to a tattoo parlour!

When they finally set up their first small stall (under a market umbrella on a cold winter morning) at the Red Hill Community Market, they were disappointed to sell only 4 bags. But at the next market they sold $60 worth, and over $100 worth at the next market. Their confidence was further boosted when local Bed & Breakfasts began asking for supplies, along with a few local stores. People who had bought ‘Red Hill Muesli’ started coming back for more, and the little business began to grow. Peter reduced his teaching duties to part-time so he could spend more time meeting the demands of making and selling muesli.

Eventually they decided to create a separate preparation and storage building, and office, on their Red Hill South property, 100 metres from their house. Clad in a river-gum green to fit into the rural garden setting, they filled the middle of the work area with a vast conference table (originally used at a local hospital) and began to upgrade their equipment, including a new Powerpak machine. 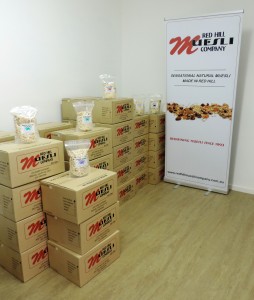 advertised their muesli, health food shops, delis, cafes and fitness centres were placing bigger and bigger orders. A couple of the larger retailers that were selling Red Hill Muesli suggested repackaging the muesli in corrugated cardboard boxes, but Jodie and Peter resisted, as they believed (and still do) that people should be able to see exactly what they are purchasing, and know that they are paying for muesli, not the fancy outer packaging. 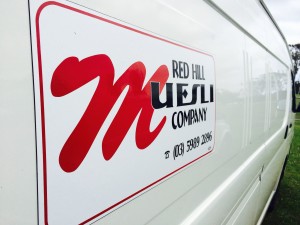 hop and weigh all the ingredients that are then hand mixed and tipped into the machine’s chute, which weighs the muesli and deposits the correct amount into each bag. And Peter still makes deliveries once a week in his trusty white van!

Their muesli is being eaten as far away as the Maldives, Hong Kong and France!

Using a mixture of local and imported ingredients, they have a created a delicious, fresh selection of mueslis – untoasted and not coated in fat – that are now available throughout Victoria at various Provedores, Food Stores and Supermarkets. 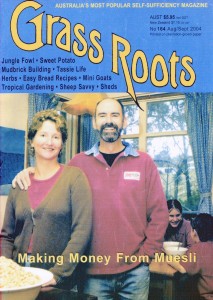 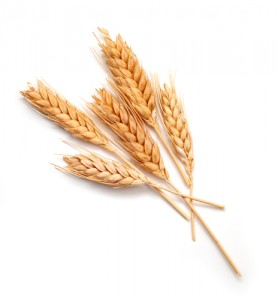 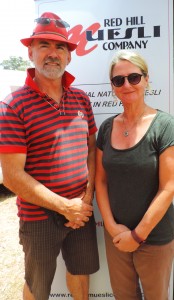